The Evolution of the Toothbrush 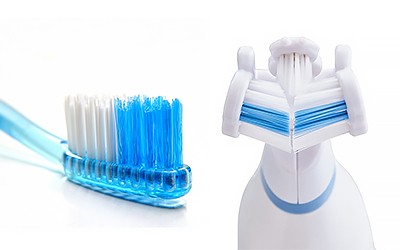 The Evolution of the Toothbrush

As a species, humans have attempted to keep their teeth clean for thousands of years. In fact, the first known attempt at oral hygiene dates all the way back to 3500 B.C. That was the approximate year our prehistoric ancestors in Babylonia and Egypt came up with the chew stick. Crafted from pieces of whole and frayed wood, the chew stick helped to remove food particles from the mouth. However, we have no idea if people in these ancient civilizations used toothpaste with their invention.

In the 15th century, the Chinese devised a way to keep their teeth clean using a bamboo toothbrush. This new gadget contained hair from a Siberian boar as the bristles, which the Chinese then attached to a bamboo stick. While the thought of cleaning your teeth with animal hair probably isn’t a pleasant one, you have to give them points for creativity.

The English stuck with the animal hair theme when they came up with the Addis toothbrush in approximately 1780. They extracted hair from a cow or horse and then attached it to a piece of bone to fashion a crude version of a toothbrush.

Toothbrush Advances in the 20th Century

An American dentist by the name of Dr. West fashioned the first toothbrush using synthetic bristles in 1938. This version of the manual toothbrush still exists today. The Swiss unveiled the world’s first electronic toothbrush that plugged into a wall in 1954. Not to be outdone, dentists and inventors from the United States created the first automatic toothbrush with its own docking station a few years later.

Improvements Continue into the 2000s

The first oscillating toothbrush with a brush head that moved counter-clockwise was released in the United States in 2007. Seven years later, as much of the developed world embraced smartphone technology, the French introduced the Smart Toothbrush that people could operate with their phone.

Triple Bristle has come on the scene since that time and revolutionized oral healthcare. The three-sided design gets each tooth completely clean without adding time to overall brushing. Our founder, Max Babiner, DMD MBA invented Triple Bristle because he understood the need for it yet didn’t see anything like it currently available. Toothbrushing has certainly come a long way since the prehistoric days, and we’re excited to be part of that development. 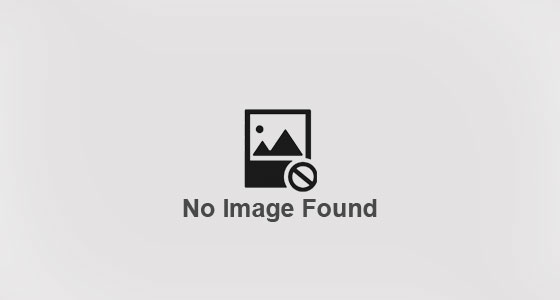 Triple Bristle Takes All the Confusion Out of Brushing

Triple Bristle Takes All the Confusion Out of Brushing

Triple Bristle Takes All the Confusion Out of Brushing-1

Triple Bristle Takes All the Confusion Out of Brushing-1 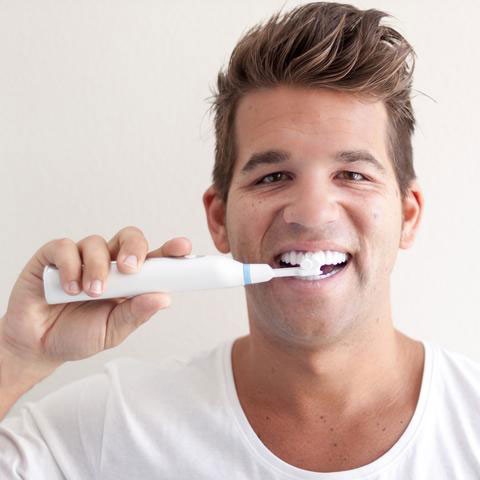 How Long Do You Really Brush Your Teeth?

How Long Do You Really Brush Your Teeth?